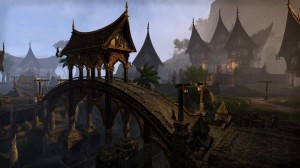 Richie Procopio from Massively recently had a hands-on play session and an interview with ZeniMax creative director Paul Sage that I found particularly revealing. It talks mostly about PvP combat, endgame and crafting. I advise you to read the entire article, but I’ve summarized some major points from it below if you don’t feel like it.

The three alliances all have different starting zones and quests. Once you hit the level cap (set to level 50) you can travel to another faction’s zone and “experience a more difficult and rewarding version of those areas”. Basically you can complete the story in another faction’s zone, and considering each faction has 120-150 hours of content you definitely have a lot of work ahead of you.

In each of the 16 zones in the game you can join an instance/dungeon, designed for 4-man groups. Most of these dungeons also have a level 50 version which has a different storyline, along with being obviously more difficult and rewarding.

As for raiding The Elder Scrolls Online’s adventure zones are designed for larger groups of players where you’re supposed to accomplish certain goals, although the entirety of endgame raiding is unclear at this point. I just hope ZeniMax doesn’t neglect meaningful end-game PvE as it’s always the bread and butter of MMORPGs. 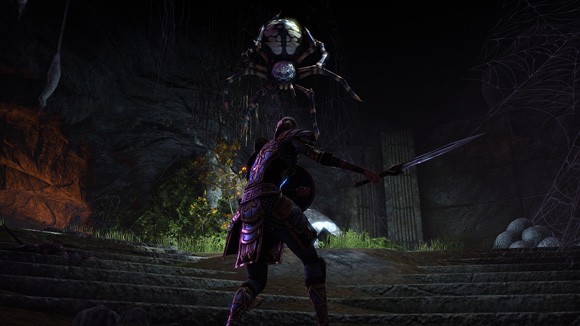 Another endgame feature of ESO is the Alliance War, in which players of all three factions meet in a huge zone Cyrodiil and battle over keeps and resources. It’s designed to support up to 200 players, but smaller skirmishes with a few dozen players can have an impact as well as can solo play as well, either by securing map objectives such as farms and mines or killing off stray opponents.

Also mentioned is the fact that all players are on a single server Cyrodiil is split into multiple instances (called campaigns) to make player numbers more manageable, particularly if a single faction seems to be dominating the system is designed to assign additional players of other factions to join and catch up. Status of the Alliance War will persist for anywhere between three to six months on a particular campaign to make the battles more meaningful, although Sage didn’t reveal exactly what the benefits will be.

Participation in Alliance War in Cyrodiil can begin as soon as level 10, and you can even level up with PvP exclusively all the way to the cap. By engaging in Alliance War combat you’ll gain Alliance Points, which can be spent on “different things”, such as equipment.

One thing the remains a questionable call on ZeniMax’s part is the fact that you can’t communicate or play with players of other factions besides your own. So if your friends decide to join the Aldmeri Dominion and your preference is the Daggerfall Covenant, you will not be able to group up, do dungeons or chat with them until endgame. Apparently you’ll may have to complete the storyline for other factions in order to be able to play and chat with players of that faction, although the entire thing isn’t clear at this point. 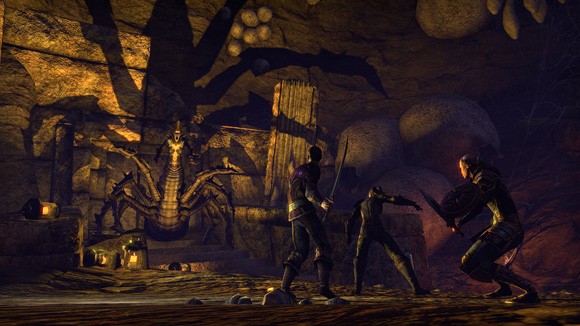 The interview also touched on the topic of loot, whereas it’s mentioned there will be five different item quality levels, with legendary being the best. Of course there will be gear progression in endgame, with more difficult content providing better and better equipment.

Crafting is also playing a significant part of the game, even in endgame, as it is used to further improve your equipment. Players will have a limited number of points to spend for crafting professions (which include provisioner/cooking, weaponsmithing, armorsmithing, alchemy and enchanting), and those points can be spent at will in one or all professions, so you can basically choose to master one tradeskill or on the other hand become a limited jack of all trades.

That essentially includes all the important information from the interview, and if you want to read it in its entirety be sure to head on over to Massively.

What are your thoughts on all of this? Does the focus on PvP combat please you or would you rather have more end-game raiding; and do you feel segregating players into three factions and disabling interaction before endgame is a good decision? Let us know in the comments below.