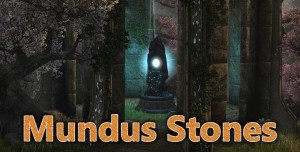 Mundus stones are yet another way to boost your character stats beyond gear and skill tree choices. They’re a great way to obtain some additional passive power to your characters and perhaps even make up for the lack of certain stats in your equipment. It’s often a very neglected aspect of the game, but we figured a quick overview of mundus stones and the passive benefits they give would surely be helpful.

Those of you who played previous Elder Scrolls games might be familiar with mundus stones already (called Standing Stones in Skyrim). They can be found throughout Tamriel, and when activated these stones give passive benefits to your character. Your character however can have only one mundus stone buff active at any given time. Once you activate a mundus stone its effect is permanent on your character, but activating a different mundus shrine will replace the effect.

Where to Find Mundus Stones 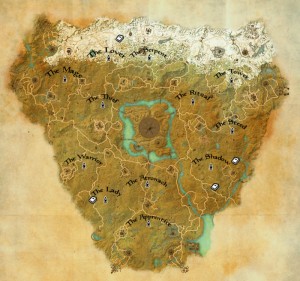 Map of Mundus stones in Cyrodiil

All three alliances have all mundus stones scattered in their zones. You will have to travel to one if you want to activate its benefit though, but with the convenience of waypoints that shouldn’t take too much time even if you constantly want to change them. All mundus stones are also present in Cyrodiil, so you don’t need to leave the comfort of PvP if you want to use a different stone effect.

We’re working on maps with locations of all mundus stones, so stay tuned to our site to see when we publish it! 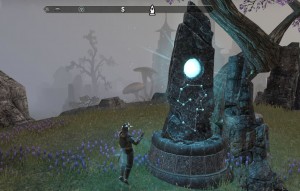 There’s a total of 13 different mundus stone, each of them with a different passive buff to your character. Below is a list of all of them:

These buffs are scaled in power with your character level, and you can even enchant your equipment with Divines trait to further increase benefits provided by these stones. It’s important to note that activating a mundus stone and its effect doesn’t cost any skill points or anything like that. You can switch them whenever you like without any costs or downsides whatsoever.

As you can see Mundus stones can give a variety of effects great for any class, build or play style. Some of these bonuses are great for dungeons, leveling or even Cyrodiil — the best thing is you can switch them whenever you wish. They add even more depth to character development, just in case attributes, passive skills, different armors, traits, enchants and racial passives aren’t enough for you!