All classes in ESO can wear all types of armor: Light, Medium and Heavy. That means you can if you wish even wear heavy armor on your mage, which is something you don’t get to see in every MMORPG. Different classes and play styles can benefit more or less by choosing to wear different types of armor, and below we’ll take a look at all the spells available in particular armor skill lines. 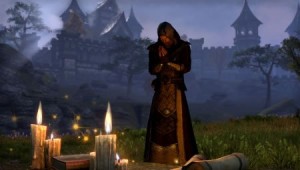 Light Armor is aimed at mages and healers: ranged spell casters who aren’t typically found on the front of the battlefield and don’t require as much protection as melee classes do. As such it’s most popular among Sorcerers and Restoring Light Templars. Light armor skill line contains one active spell and five different passive abilities, most of which give you a bonus on magicka (mana) or additional defenses.

Medium Armor is best used on Assassins and Rangers, so typically Nightblades. Medium armour gives you great bonuses on stamina and stamina regeneration, so they can find their place even on tanks. Below is a list of active and passive skills in the medium armor skill tree! 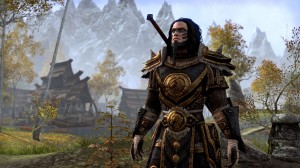 Heavy armour is designed for frontline builds, especially tanks. It offers the best damage mitigation and health regeneration stats, so it’s a preferred choice for damage-focused Templars or Dragonknights. Even melee DPS characters often wear heavy armor due to increased defensive potential, and some mage builds can also utilize it.

Need to better understand which armor type is best for your class or build? See this question answered in more detail here!