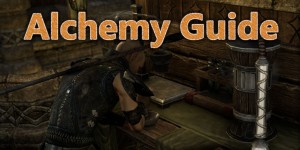 This is an alchemy guide which has been put together through the effort of many testers over many tests. In this guide, I’ll cover basics such as what alchemy is and how to level it efficiently, as well as the complete list of alchemy reagents.

If you are already an experienced alchemist and wish to skip to the list of alchemy reagents discovered, as well as what mixes will potentially be possible, it is located near the end.

Are all the different Alchemy plants giving you a headache or some other side-effects?

All professions in Elder Scrolls Online including Alchemy are covered in great detail in this guide. Learn exactly how you can level up your tradeskills in record time without spending thousands of gold.

Alchemy is a crafting profession which allows one to create mixtures such as potions and poisons. It is by no means a necessary profession, and as I quickly discovered, it is actually very easy to get a stock of basic potions by farming mini bosses. That being said, alchemy is able to create several concoctions that are not found in the game world, including multi-effect potions. 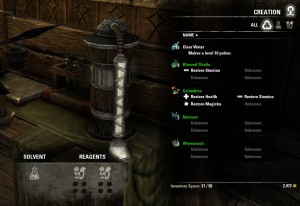 To make a potion, you need at least two ingredients and a solvent. The ingredients you combine determine the effect of the potion, as well as grant you experience points towards alchemy. Every ingredient has 4 ‘traits’ which start off unknown, but you may eat an ingredient to discover the first trait, and conduct experiments to unlock the rest.

When you mix two ingredients with the same trait, you receive a potion with that effect – for instance, Water Hyacinth and Wormwood both have “Weapon Crit” as a potential effect, so if you mix the two, you will receive a mixture that boosts your critical strike rating a significant amount.

It should be noted that there are also ‘anti-traits’ which will prevent you from making certain potion types. For instance, Namira’s Rot+Wormwood+Water Hyacinth would normally make a potion that improves all forms of critical strike as well as adding ‘Unstoppable,’ but because Water Hyacinth features ‘Stun,’ the potion will not be capable of Unstoppable, even though Wormwood and Namira’s Rot both have the trait for it.

The solvent is the liquid that you are mixing the potions in, and for now, that solvent is just various kinds of water that you find in the world. The solvent you use determines the level of the potion; a health potion made with the lowest level water will make a level 3 potion, whereas the next grade up will make a potion suitable for a level 10 character.

Solvents are easily found near rivers and lakes, so if you’re near one you may want to take a few seconds to pick it up. You can also find plenty of them in various crates and barrels in the world.

Making a new potion discovery gives an exp bonus, but it’s rather small compared to what you normally earn for making a potion. Mixing ingredients that don’t result in a valid potion earn you insignificant amount of exp, and should be avoided unless you’re experimenting. Make sure you take a look at our table with ingredient effects below, and don’t waste valuable herbs for potions with no useful effects!

At first you should try to make at least one potion with negative effects. Despite most of these potions being vendor trash, discovering new potions gives a huge amount of inspiration and it’s well worth the investment.

If you’re serious about leveling alchemy, in most cases you will want to craft potions useful for leveling your character. Usually those potions will restore Health and Magicka, though if you only stick to a couple of potion types you will quickly run out of raw materials. Consider selling potions you don’t need in guild stores.

And that’s essentially the best tip for leveling alchemy: simply try to create useful potions with the materials you have. You will have to spend hundreds of herbs to level Alchemy all the way to rank 42 or so (where you can create almost all potions), and farming them is fairly time consuming. 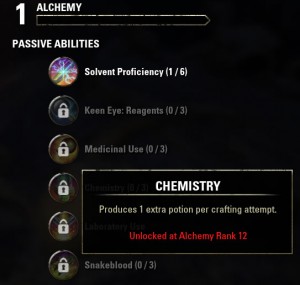 Every crafting profession will require some skill point investments to be of use. You start off with the ability to make potions fit for a level 3 player, but your alchemy is nearly useless at this point in time since you can’t make anything significant yet. Once you level your alchemy and invest skill points, your alchemy will see a boost.

Most other crafts don’t require many skill points to be able to create the best of items, but alchemists may want to consider even fully maxing all passive bonuses in the skill tree. 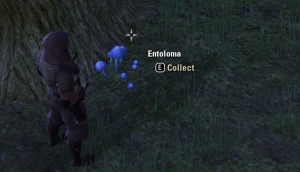 Some ingredients like Entoloma are fairly easy to spot in the world, but some blend in very well into the environment. Keen Eye skill can help you spot them.

The first thing anybody should do, arguably even if they don’t want to pursue alchemy, is to stick a point in the Keen Eye perk. This allows plants to ‘glow’ at a distance of up to 20 meters, which is incredibly useful due to how small some of the plants actually are. Do not underestimate keen eye as I did; even if you are great at spotting plants, you’re not a superhuman, and you will miss a few here and there.

Keen eye is a great tool, though remember you can still spot plants further off than the 20/30 yard range if you look carefully, though keen eye will be what prevents you from missing anything when you’re not paying close attention.

Remember, even if you don’t immediately intend to level up Alchemy, most herbs you pick up are easily worth about 100g each on guild stores, so gathering them can be a valuable source of gold.

Tip: turning off foliage in game’s graphics settings may enable you to spot plants more easily, though it does make the game uglier. 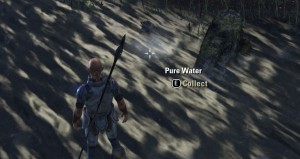 Pure Water is required to craft the basic potions.

You will want to spend a point in learning how to use the next level of solvents (Solvent Proficiency), if you are interested in pursuing alchemy further. It’s at this point that you have to decide whether or not to be an alchemist, since if you change your mind, any investment in the skill will be wasted points.

Keen eye will at least help you gather herbs to trade with, but learning the next level of solvents won’t help if you don’t become an alchemist. If you do become an alchemist, know that the higher level solvents earn you more exp, and should be learned when you are ready to start using higher level solvents (ideally when you have a lot of water stacked up).

Tip: if you’re having trouble finding solvents, try searching in barrels and crates. It’s the easiest way to get solvents while adventuring. This way you can also get other crafting materials, and racial motifs.

There is a talent further down that allows you to multi-craft potions called Chemistry. In short, you mix ingredients, you get two potions instead of one, and there are multiple ranks. Needless to say, this talent will be vital when you are ready to start mass producing a specific kind of potion.

The most important talent of them all will have to be the triple ingredient talent, Laboratory Use, allowing you to mix 3 ingredients at once. This unlocks an incredible assortment of potential potions, as any third ingredient you use will add a number of effects based on how well it matches against the other two. This is what is going to make alchemist’s potions far superior than anything that can possibly be found while questing. Do note the experience earned does not increase with a third ingredient added; it is purely for making better potions. 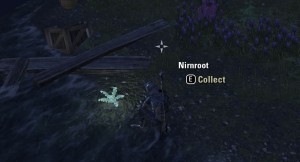 Fans of other Elder Scrolls games will surely appreciate Nirnroot being present.

This list was brought together by those who took the time to explore the various ingredients and their potential combinations. While I take credit for some discoveries, this could not have been possible without the combined efforts of several posters. Sadly, I do not know the authors of the various incomplete lists whose combined efforts made this one possible, but I extend my thanks to you all the same.

Some plants have environments they are prone to growing in. Water Hyacinth and Nirnroot are exclusively found near water, and mushrooms are exclusively found at the base of rocks or trees. It should also be noted that, as of the writing of this guide, some ingredients are completely unavailable to the starting areas of some factions – Ebonheart Pact for instance is missing several mushrooms. If you are in a guild which makes use of the game’s cross-faction capabilities, consider making friends with someone on the other sides.

This is a list of ingredients and the effects you can discover on them. Essential for creating potions with useful effects!

You can also view the image below to get an overview of effects from various herbs:

It should help you determine which ingredients to combine to get particular effects on your potions. 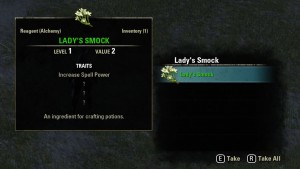 Lady’s Smock with one trait discovered.

(Note: negative effects are useless for now, as the game will only let you use them on yourself, rather than opponents)

By combining plants with various effects you can create potions as you like. With a successful potion creation you will learn all common effects between the ingredients you used. Some interesting mixtures you can create are listed below.

This is just a collection of mixtures that stood out that might or will be useful.

Alchemy is a very useful profession in Elder Scrolls Online enabling you to create a variety of helpful potions for leveling, PvP or dungeons. It’s well worth investing a few skill points in, and finding ingredients is fairly easy while you’re adventuring.

If you have any of your own thoughts about Alchemy, or if you discovered the ultimate concoction be sure to tell us in the comments below!

Credit and most of the research for this guide goes to beta tester Teo.

Published 2870 days ago This entry was posted in Guides and tagged alchemy, crafting, potions, professions. Bookmark the permalink.