Unlike class, weapon, racial or armor skill lines, World skill lines are for the most part obtained throughout Tamriel by exploring the — you guessed it, the world. All players start with Soul Magic, a fairly simplistic skill line with one active and one Ultimate spell. The other two skill lines include Vampire and Werewolf, both obtainable by any character and mutually exclusive (you can’t be both a vampire and lycan). Below is a list of all active, passive and Ultimate spells in each of the World skill lines! 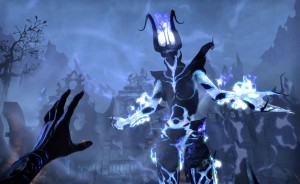 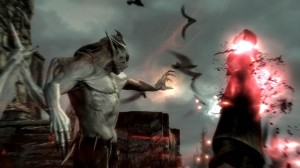 Obtained in the world, Vampirism contains several abilities that allow you to restore health, deal damage, crowd control enemies or mitigate damage. This skill line can be particularly effective on Nightblades. 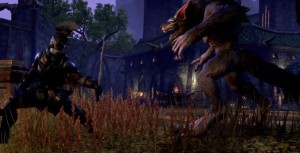 Rather than turning into a sneaky vampire, you can become a fearsome beast with claws and everything. Shredding your enemies as a werewolf is very fun, and lycanthropy also allows you to turn other players into werewolves. You can find a list of passive and active spells in werewolf skill tree below!

If you wish to learn what builds utilize Werewolf and Vampire skill lines to most effect I recommend reading Killerguide. It included class builds that are equally effective for leveling, dungeons and AvA combat.