Survey maps essentially function the same as treasure maps. Once you have a survey report map you need to visit a designated area in a specific zone the survey report is for. Finding a location specified on the survey map will enable you to loot multiple resource nodes which all yield increased amount of materials you’d normally get from resource nodes. 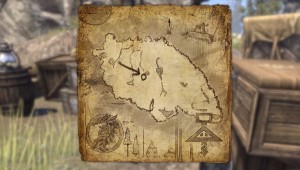 Rich Enchanting nodes have a higher chance to yield higher level Aspect runes, but enchanting surveys are among the least profitable ones. Blacksmithing, Clothing, Woodworking and Jewelcrafting resource nodes can give you valuable Nirncrux trait stones more often (still only in Craglorn though).

Each survey map on average provides over 2,500g worth of materials.