Templar is perhaps the most diverse class in The Elder Scrolls Online. They are the “paladins” of TESO, able to heal themselves and their allies with powerful spells, as well as be a dangerous threat to anyone in PvE or PvE combat. Templar isn’t confined to being a supportive healer though, as they have a variety of other spells in the arsenal which make them formidable tanks and even damage dealers. This beginners guide will give you a basic overview of the Templar class, which should help you decide whether the play style suits you.

Like the other three classes in The Elder Scrolls Online, Templar also has access to three different skill lines (trees): Aedric Spear, Dawn’s Wrath and Restoring Light. You can choose to focus on improving skills in one category, or mix skills, spells and abilities from different skill trees to create a character that better suits you.

See most powerful Templar class builds and strategies from top raiders and PvPers. Top DPS, tanking, and healing builds all in one place, along with hundreds of useful tips about raiding, dungeons, delves, leveling, PvP, weapons, spell rotations, and more… 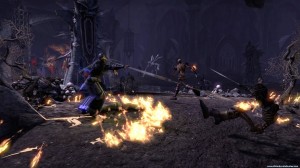 This skill line mostly includes offensive spells based on holy and light magic. Majority of spells here are focused on damage dealing as well as stunning and interrupting your enemies. TESO doesn’t have a spear weapon type, instead (some of) the spells in Aedric Spear conjure a magical spear of light. Below is a list of all spells in this skill line: 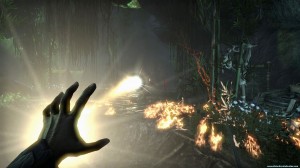 Spells in Dawn’s Wrath skill tree for the most part consist of offensive spells and debuffs to make your opponents weaker. This skill line is amazing for both solo players and those who prefer to group up, and the spell include the following: 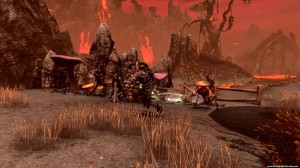 This skill tree is focused on enabling you to more effectively heal yourself and your allies, remove negative effects from them and otherwise support your groups. Below is a full list of spells and abilities in the Restoring Light Templar skill tree!

Optimized Templar class builds for leveling, dungeons, trials, and PvP, plus hundreds of other tips, tricks, leveling strategies, and more.

Damage-dealing Templars often go for two handed weapons, but a one-handed weapon and shield is also a very good (if not better) choice. Dual-wield is viable, but not as popular. Templars focused on healing powers would assume to go for a Restoration Staff, however the spells in Restoring Light skill tree aren’t being constrained by the use of this weapon so you are not as limited by weapon choices.

The weapon choice for Templars is generally a player’s choice as there are various options and pros and cons of each one. We suggest you to experiment and see which ones you prefer using. For leveling, dual wielding is likely the most popular option, closely followed by 2H or 1H+shield setups.

Templars can easily wear any type of armor, and most commonly it’s either Light or Heavy. Tanks of course go for heavy armor to provide them the highest damage reduction and defense, while offense-based caster Templars or healers generally aim to get light armor to improve their magicka and spell power.

Templars are considered a hybrid class and as such they often have a mixture of different base attributes, with the least skill points spent into stamina. Blocking, dodging and interrupting are all important parts of the combat in ESO, however for a ranged caster those are not nearly as important as for other play styles. Tanks will generally want to place a majority of their skill points into health with a sprinkle of stamina, while healers and those who rely on class spells to deal damage will predominantly spend points into increasing their magicka pool to allow for continuous healing or damage dealing.

To get optimized Templar class builds that simply work be sure to see this guide, it also includes tons of other tips, tricks and strategies for Templar players!

High Elves, Bretons, Redguards, Orcs, Nords, Dark Elves are very popular choices for Templar players. Basically, anything but Argonians and Wood Elves, as they have almost no benefit regardless of your class build. Choosing a race doesn’t however restrain you in a particular play style so feel free to play whatever you’re comfortable with.

Personally I think Breton’s racial passive giving a reduced magicka cost for spells is best for any Templar build, as that particular stat is very hard to come by otherwise and is immensely useful in any situation.

Why play a Templar?

With proper spell choices and itemization Templars can be amazing tanks when needed of them, making them a welcome addition to any group. Additionally they are hands down the best healers in the game and are unmatched in their restoration powers and support abilities. If you prefer to have a supportive role and play with others then a Templar will always find a place in every group. Despite their group utility, Templars are more than capable of standing on their own feet during leveling or PvP.

To learn more about Templar class including more detailed ability descriptions, skill builds, leveling guide, gameplay information, combat tactics and other must-know information be sure to take a look at this strategy guide. It’s well worth the read and will help you gain further insight into how to make your Templar most effective!