Map below contains the locations of all skyshards in Blackwood zone. This zone is part of the Blackwood DLC which includes a total of 18 skyshards.

Indicated with blue numbers 1-10 are outdoor skyshards, and indicated with red are those found in delves and public dungeons. 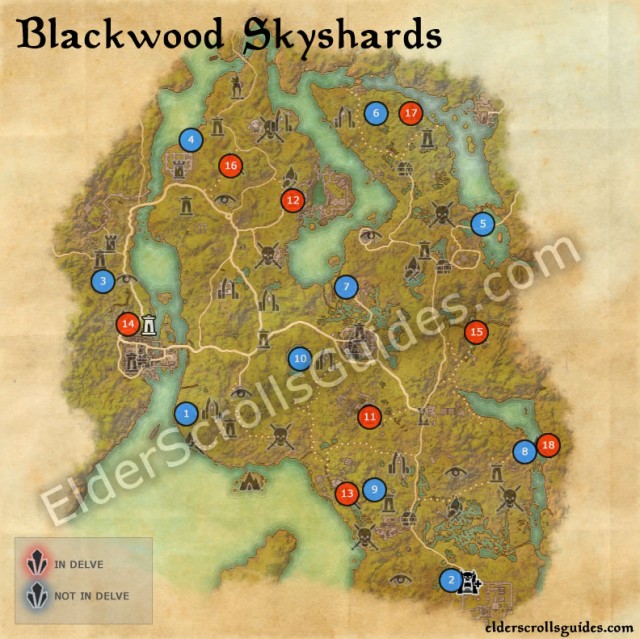 Blackwood zone contains a total of 10 skyshards outdoors. Skyshard #11 and #12 are in public dungeons, and 13 through 18 are in delves.

Below are basic instructions to help you find these skyshards!